Days After the Terrible Floods Caused by Typhoon Sendong

♥ > News > Days After the Terrible Floods Caused by Typhoon Sendong

Days after the terrible floods caused by Typhoon Sendong, the people are trying to rebuild their lives again.

Children are especially traumatized by the loss of their homes, loved ones and friends. The life they have known has ceased to exist. Our partner organization in the affected areas is Hope Worldwide. They are specialists in disaster relief and psychosocial intervention for children.

Springboard is very grateful for all the support we’ve received. Knowing the dire needs of the people, Gina Tuazon(Vice President of Springboard), and her husband, David, didn’t hesitate to brave the Christmas crowds on Christmas eve to purchase relief goods in Chinatown, so that more items could be bought with our available budget. The same night they brought all the goods to Hope Worldwide, so that it would be shipped to Cagayan de Oro as soon as possible. The shipment left Manila on December 26th and was due to arrive in Cagayan de Oro on Dec. 29th. Unfortunately, we learned that it only arrived on Jan. 2, 2012.

Hope Worldwide have been busy, in the meantime, working with the children and their families, helping them work through the severe trauma they have experienced, and with the assessment and identification of the neediest families. The distribution of all relief goods will be done on Thursday, January 5. 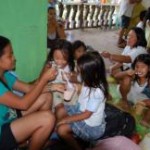 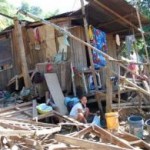 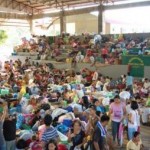 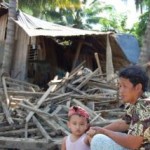 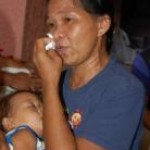 As of January 4, 2011 – Northern Mindanao Disaster due to Flash Floods 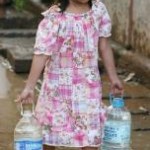 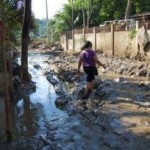 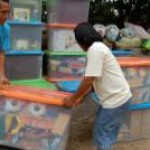