About 27,000 babies are born in Dr. Jose Fabella Hospital every year. Many of those babies are born prematurely, or by mothers who have had little or no prenatal care; an average of 140 children are admitted into intensive care daily. Premature babies often suffer from lung problems and infections. When their little lungs get infected, it fills with fluid and phlegm, making it impossible for the little children to get enough oxygen when they breathe. They gasp for air. Fabella informed us that they did not have enough suction machines to remove the phlegm and fluid from the children’s lungs. Springboard Foundation approached the U.S. Embassy Club (USEC) for finances to buy the needed suction machines. USEC responded quickly and 10 suction machines were bought for the hospital, thus ensuring the survival of many babies, and bringing relief to their terrible suffering. 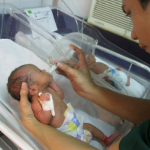 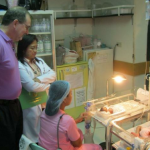 Dr. Jose Fabella Hospital is a government-run maternity hospital, which serves young mothers, their infants and children. Due to insufficient funds, the hospital cannot afford to buy all the medical equipment they need. Doctors and nurses are unable to help without the equipment. The doctors and nurses feel horrible knowing that they could do so much to help those in need, if only they had the proper machines and medicines. 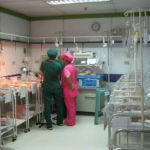 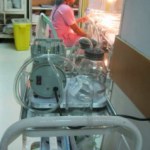 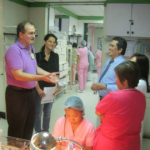 James Justice, the vice president for programs of the U.S. Embassy Club, was truly touched when we visited Dr. Jose Fabella Hospital and saw with his own eyes how desperately the medical equipment was needed.

The hospital staff, especially in the NICU Ward Department, is very thankful for the donations that they received because this will make a huge impact on the children being served in that ward. 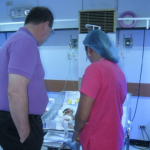 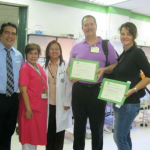