On Saturday, December 17, we headed out to Parañaque, to distribute relief goods to the families affected by the tragic plane crash, which occurred on December 10thin the afternoon.

Eighty-two families benefited from the relief distribution, including 11 families who still live on the site where the plane crashed. Members of the 11 families said that though there have been several groups giving relief to the community, this was the first time they were included among the recipients. 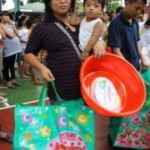 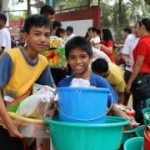 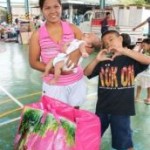 After we distributed the relief goods to the families, we went to the crash site. It was heart- breaking to see the devastation first hand. The wake for 7 of the 14 victims was still being held on the site. One picture showed a beautiful young woman, her little girl was wondering around the place, her face in deep sadness and confusion. Others were mourning their little children, brothers and sisters. The plane crashed so fast, they had no chance to escape. It was hard to see so much sadness. At the same time we saw men and women starting to rebuild their homes. Live has to go on, as difficult as it is, one has to move on. 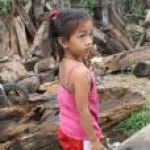 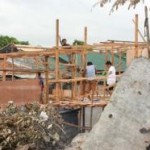 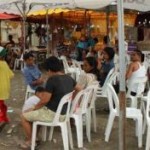 We are very grateful to all of our volunteers, who helped during the distribution, and to everyone who donated, especially to the NACSEA Relief, the Angelo King Foundation, Richard and Geni Rose Hendin, Kim and Tommaso.

It’s not too late to help because we still need to do more for the people and also for the elementary school that was destroyed in the fire. If you want to give a donation, please drop off your cash or in-kind donations at our office at 15 Melbourne St., Merville Park, Paranaque City.

Thank you. We wish everyone a safe and peaceful holiday season. 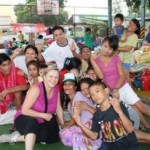 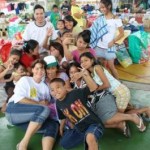