The Start of a New Smile!

Every 3 minutes there is a child being born with a Cleft disorder. What is the cause for a cleft you might ask?

Well the cause of a cleft lip or palate is not yet known. Most scientists believe that clefts are due to genetics and environmental factors, a combination of these two. But it is yet to be proven.

As scientist work hard in trying to find the actual cause to minimize the number of children being born with Cleft deformations, we will also work hard to help those children in poor urban communities of the Philippines who have cleft deformations.

On April 19, 2015 a boy by the name of Melchor, received a successful cleft lip restoration, springboard collaborated with mabuhay foundation to change this young’s man’s life forever by changing his smile.

Melchor, is a young 13 year old boy who stop attending elementary school, because his classmates would bully and harassed him, for not having what society likes to call a “normal upper lip”. Therefore, Melchor preferred to stayed home and not attend school. In which we know that with no education a successful life is very minimal.

Melchor is the youngest of 5 children in his family. His parents had truly no hope in ever affording a cleft restoration for their son. Since, they barley met basic needs such as food and clothes for their family.

However, Melchor was suggested to springboard as a potential candidate to help restore his cleft deformation from father Martin of the Paofi foundation, and with the help of mabuhay foundation we were able to succeed and change the life of this young man forever.

Melchor, is now a 13 year old boy who is eager to start school with a high self-esteem personality.  He has a future now, he will attend school and he will no longer be afraid to step out of his house to play with other children his age or be afraid to be seen in public.

What a great beginning to changing a child life for an eternity, by a simple smile. 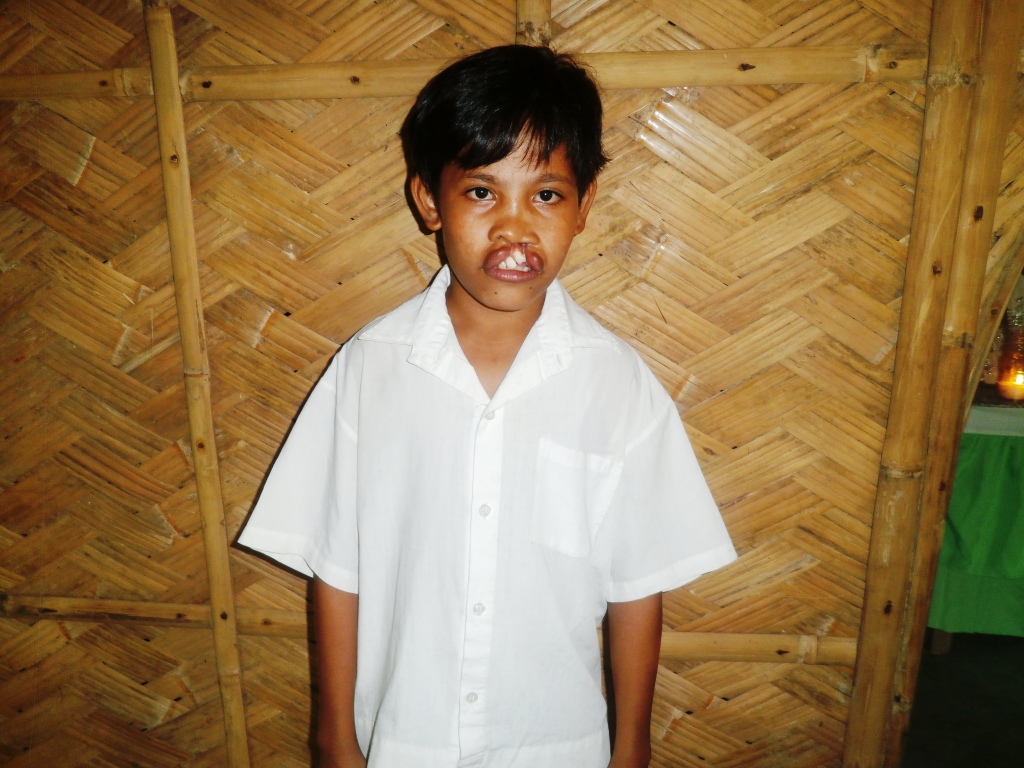 Melchor with his family and Father Martin