UPDATED: All In One Bayanihan Mission to Calayan Island

♥ > News > UPDATED: All In One Bayanihan Mission to Calayan Island 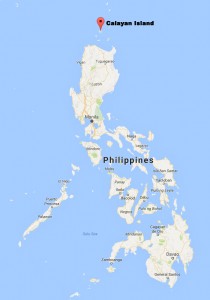 Springboard Foundation had the great pleasure of being invited by Go Share to join the ‘All In One Bayanihan Mission’ to Calayan Island which is part of thee Babuyan Islands in the northern most reaches of the Philippines.

The purpose of the mission was varied and wide reaching that drew in numerous companies, NGOs and the combined effort of the Philippine Airforce, Army and Navy. It was a mission of reassurance to show solidarity between the central government and the people of these isolated islands. It shows  that they have not been forgotten. It had been decades since the military had last set foot there. It was also a humanitarian mission, providing much needed equipment and goods such as medical equipment, school supplies, medicines, clothing, water filters, emergency survival kits. As well as conducting a medical, eye and dental mission. The final aspect of the mission was to provide disaster training to the communities as during typhoon season, the islands are cut off from the mainland and basically left to fend for themselves until the weather conditions improve to allow the sea routes to reopen.

The Philippine military provided the transport to the islands. Members of the mission arrived by either helicopters or by ship. I had the privilege of experiencing both modes of transport, the helicopter taking 7 hours and providing spectacular views of the mountain regions whilst the ship took 30 hours that hugged the west coast and allowed for some cheeky rum on the not so high seas.  Normally, travel to the islands from Manila, involves a 16 hour bus journey and then a 5 hour sea journey on a small fishing boat. The group of islands are often battered by the numerous typhoons that hit the Philippines every year.  Due to this and their isolated location, the islands see little in terms of government assistance. Due to the territorial disputes between the Philippines and China, there is a fear amongst the islanders that China may try and assert their dominance over the islands as they hold a strategic importance due to their proximity to a major shipping route. Calayan Island, the main island of the group receives electricity for about half the day.

Residents from neighbouring islands started arriving days before to make the most of the free access to medical and dental treatment and to receive essential supplies. Many families could be found sleeping rough on the beach in the days leading up to the mission, with some burying themselves in the sand at night to keep warm.

Springboards contribution and contributions made by our supporters included 96 Back packs with school supplies, 6,568 pencils, 95 boxes of crayons, two teacher packs, 3 boxes of medicine, 5 wheelchairs, 30 emergency food ration packs, 2 children’s bicycles, clothes, blankets, toys and 13 survival kits. We at Springboard would like to thank everyone who contributed and more importantly, the people of the Babuyan Islands were overwhelmed with the generosity showed by everyone involved. If you would like to donate to future missions like this, please visit our donation page and add the word Relief Operations in the notes section on the billing page.

The Babuyan Islands were hit by Typhoon Lawin (international name Haima) on the 20th October, 2016 with damage reported to buildings and agriculture across the island group. Luckily there were no fatalities. The mission a few months prior could not have been better timed, who knows what the toll on the local population would have been if this mission had never occurred. We at Springboard hope that we can continue our support to Go Share and their efforts to help remote and maginalised communities across the length and breadth of this archipelago of over 7,000 islands. If you wish to donate to the ongoing Typhoon Lawin relief efforts, please add the words Typhoon Lawin in the notes section on the billing page.