All In One Bayanihan Mission to Nagtipunan

♥ > Events > All In One Bayanihan Mission to Nagtipunan 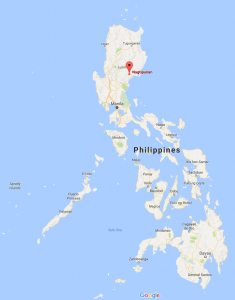 Once again Springboard Foundation had the privilege to work with Go Share. This time the mission was to the remote to Quirino Provence, a mountainous region in the north of Luzon. The main activities was based in the small town of Nagtipunan. This was a classed a ‘soft mission’, with it’s primary focus to build relations local residence and members of the Agta Tribe, a marginalised indigenous group of the Philippines who are often nomadic in nature or live in semipermanent settlements within the mountains. The area has a presence of an insurgent group known as the New People’s Army (NPA) who are still active in their goal to overthrow the national government. So the mission was important in building a good rapport between the residents of the area and people from outside the region. Military included. Go Share hosted a community forum to help address concerns the Agta community had about illegal logging, incursion onto their lands by other tribes. The problem they found was due to the isolated nature of the communities, it was hard for them to report incidents of illegal activity on their land. One solution was to provide cell phones and information of different government departments they can contact.

Again, the mission was comprised of many different organisations, both NGOs, commercial and military who contributed supplies, expertise, time, logistics and volunteers. The services offered to the people of the region was as diverse as the parties involved. The local government office was converted into a make shift field hospital that provided people with much needed access to medical, dental and eye care. It was strange walking through the building, knowing that government workers will return to work, sitting in their cubical that, a few days prior, had been a dental surgery.

The military used their trucks to ferry the Agta community in their various isolated sites (some travelling 5 hours) to the mission centre. The majority disembarking off the trucks in bear feet. On their arrival, many tribe members were a little wary, especially the kids with the sight of a random foreigner running around with a camera (I am ashamed to say, that I managed to make a number of the little ones cry and run to their parents when I tried talking to them to get their picture). By the end of the first day, incidences of me making small kids cry, vastly reduced and people appeared more at ease to have their photos taken.

Along side the medical mission and community forum, there was the distribution of relief goods. Springboard provide 1,000 pairs of slippers to the good people of this region. Many turned up bear footed, all went home waking on a cushion of foam. Other items that were donated were brand new clothes (jackets, underwear, shorts, etc) , food, bags and water filters. A massive help as many people in the area survive on subsistence farming. A contingent of face painters were also in tow to what started as painting kids, soon included adults as well. Numerious volunteers joined in the face painting (I was rubbish, I never progressed past stencils) with members of the Philippine Army getting involved. The Army also provided free haircuts to members of the Agta community. Many of which had never experienced having their hair cut with an electric shaver.

Missions like this help marginlised groups by providing help but also to show them that the wider community has not abandoned them. The simple act of reaching out can make a great difference by making people feel they are part of something bigger.

If you would like to donate to future missions like this or to support ongoing Typhoon Lawin relief efforts, please visit our donation page and add the word Relief Operations or Typhoon Lawin in the notes section on the billing page. Please keep an eye out on our Facebook site for more future missions and latest news.

Updated on November 2, 2016
Events, News
Agta Tribe, All in one, Go Share, Nagtipunan
by Springboard Foundation